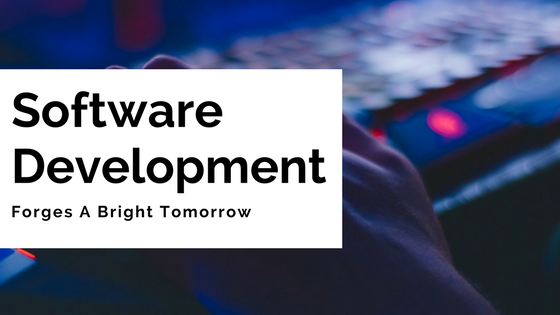 Darrell Benvenuto talks about the future of software development, the direction it's headed, and what it means for those in the industry.

Software development has seen its fair share of impressive advancements in the last year. Artificial intelligence, cars constructed with a hundred million lines of code, and an overall interest in software and technology from the general public have set up software development with a promising future.

But what is at the root of this staggering growth? It’s true, software development is having its best year ever, but is this a mere trend or an encouraging tell of the continual rise of tech in a digitally-saturated world?

The extensive nature of tech is partly the reason for this growth. Not only is the industry of software development growing, but the far-reaching influence of tech is becoming increasingly prevalent in sectors like real estate, health, finance, government, transportation, sports, and about every other industry. So much so that professionals in the real estate and health industry have even coined phrases such as “ReTech” and “MedTech”.

Indeed, with automobile manufacturers developing cars with millions of lines of codes, cars are becoming increasingly computerized every day, too.

Why are we seeing such rapid growth? Well, code is easier to write than ever before, and this applies to the training needed to become a software developer. IDE’s (Integrated Development Environment), for instance, are becoming more prevalent and coders have found their assistance beneficial, allowing them to code at a quicker pace.

Building on the idea that developer’s have an easier time writing code than ever before (in some instances), the utilization of software is quicker and easier than ever before, too. The installation that used to have to take place in person and on-premise can now arrive via a few clicks from the comfort of one’s workplace or home. Software is becoming more user-friendly and more available than ever before, and that is perhaps the most significant reason for its growth.

It’s difficult to believe that software was once a fringe industry. But as we continue to find no real end in sight for the digital age, it doesn’t appear the growth of software development will slow down, either. Amongst the many benefits, the one problem that is arising is the difficulty of writing quality code in the midst of pressing user-demands. While there are systems in place to help developers code quickly (like, IDE’s), developers certainly have their work cut out for them when it comes to the continual need for software and tech across a number of industries. This is perhaps, a blessing and a curse.