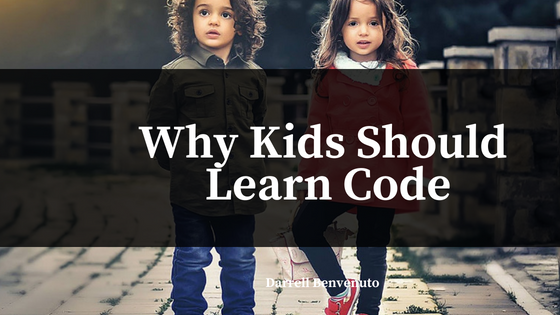 As software continues to integrate into more industries, it’s becoming more important that young people get acquainted with the benefits of knowing how to properly navigate the digital landscape. As schools continue to roll out new classes that help children learn the basics of computer science, I wanted to give a brief calling card for the importance of learning computer skills at a young age.

Coding is the process of assigning rules and syntax to solve a computing problem with computer programs that are written in one or more programming languages. It is commonly used in performing big scaled tasks that would otherwise take a human an unreasonable amount of time to complete. Rather than sifting through files yourself, you would have a program go through and organize it more efficiently.

How Has Coding Changed?

Not every job will involve programming, but access to new ways of thinking in a now electronically dependent world will help shape the future generations to be prepared. Back when early computers like the BBC Micro had just come out in 1981, the machines were slow and had little to no memory. Much like the Hewlett-Packard 9825, which was released in 1972, these computers had no screen and were considered “microcomputers” that only worked through the use of coding out commands. You even had to write code for a simple task to be carried out, like opening a file. Now there are computers and phones that are able to run much faster and store much more data than the BBC Micro.

What Does This Mean For Children?

This dramatic change in computing means that children are well-equipped for their new life in a technologically advanced society. Since anyone can learn to code for free, there are plenty of fun and challenging ways for children to get a head start on training for their jobs. It is extremely important to teach children to code because software is the language in which our world speaks the most. Without knowing code, it will be almost impossible to survive in the future because it will be the universal method of communication.

Rather than thinking about this in a way of creating the next generation’s set of computer scientists, you should think of it as encouraging a new way of thinking: computational thinking. This is a hierarchical process of solving large-scale problems by taking them piece by piece in order to better manage them. Schools are now teaching coding in class so that children will have more access to these resources and basic skills while technology is still rapidly developing.